Game of Thrones Games For Your Mobile

The last season of Game of Thrones is already here, and fans can’t wait for the new episodes of the popular TV saga. But for many of them a week of anticipation to see another hour of their favorite show is too much, and they want something else to help them get into the GoT universe once again. That’s exactly why the games based on that universe exist, and you should check them out if you want to remain immersed into the wondrous world of Westeros. 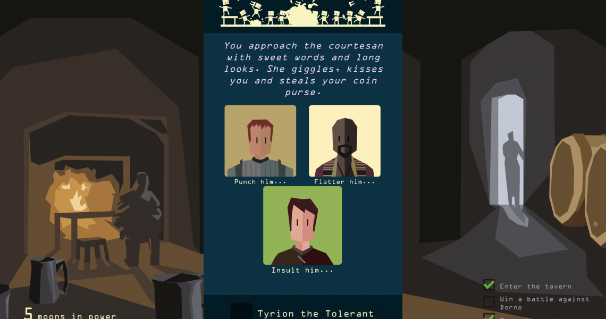 Reigns: Game of Thrones is a new installment of the Reigns series with characters and factions taken directly from the show. The main part of the gameplay is swiping left or right to solve arising problems in a particular way that will definitely affect the balance of forces in the Seven Kingdoms. For example, playing as Daenerys, you can solve most of the problems by burning your foes down with the dragons.

Still, there are almost no scenarios that were taken from the show – the game simply uses existing characters and their traits to create new stories, which are nonetheless as fascinating as the show itself. The game also offers a few mini-games like jousting to take a break from constant struggle for power so that you won’t get bored by constant swiping.

The game allows you to play as your favorite characters from the show including Jon Snow, Daenerys Targaryen, Tyrion Lannister, and more. But you don’t have to reenact events from the series; you can easily make your own decisions and create new exciting situations. And the game also has the licensed soundtrack from the series, so you can decide the fate of Westeros while listening to your favorite music. 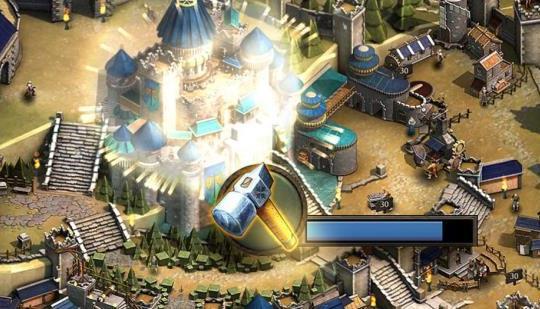 Game of Thrones: Conquest is a strategy RPG that allows you to become a lord of Westeros – make your own sigil, build a house and interact with other characters from the series as you enter the fight for the Iron Throne and plan to conquer more than a hundred iconic seats of power like Winterfell or King’s Landing. Moreover, as you progress, you can even raise your own dragon and use it to crush your enemies.

There are also several RPG elements like the crafting system that allows you to create powerful gear sets for the characters to wear. All in all, there is a lot of content in this game, and it will be particularly interesting for true fans of the series. The only real problem with it is that you are motivated to buy in-game stuff for real money, and if you don’t, it takes forever to gather resources and build a decent army. 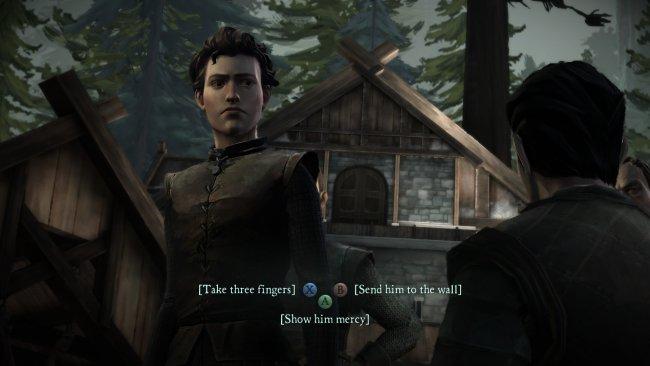 This adventure game is slightly different from the other two – it tells the story of only one noble family which is House Forrester, a noble House from the north of Westeros, loyal to the Starks of Winterfell. Some familiar characters like Margaery Tyrell or Ramsay Bolton are here as well, but mostly you will follow the story of the newly created family that protects the ironwood trees they consider theirs.

The gameplay is rather simple: you play as different members of the Forrester family and follow the narrative that you can influence directly by choosing the dialogue options you like. Because of the great story and distinct characters, each with their own motivation, playing this game really feels like watching some kind of Game of Thrones spin-off, so it’s perfect for those who want to fill the week between two episodes of the show.

It was meant to become a game series about different Houses, but the developer, Telltale Games, was closed in 2018 due to bankruptcy, so we probably won’t see a sequel for the game.

These three mobile titles are guaranteed to help you fight the impatience of waiting for the next episode of the show, so choose the one you like or just download all of them and enjoy these stories about your favorite GoT characters. Just be sure not to get too addicted to them.

Your comment is awaiting moderation. We save your draft here